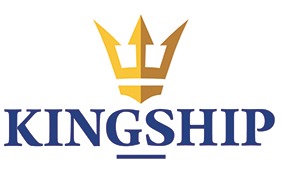 Kingship is Hong Kong’s only superyacht builder. Kingship is the very first builder in Asia to specialise in the construction of steel hulled superyachts with an aluminium superstructure, from its yard at ZhongShan port on the west bank of the Pearl River. Kingship are also the first Asian yard to build yachts in compliance with Lloyds and MCA. The company was awarded the title of Best Asian Motor Yacht Builder at the Asian Boating Awards 2012, and is certified ISO 9001:2008 Quality Assurance and Management System by Bureau Veritas. Since 2004, Kingship has firmly established itself as a leading producers of superyachts.

The story of Kingship is inseparable from the story of its founder, Roger Liang, who has always been connected to the water. Born into a Macau boat-building family, Roger draws upon a lifetime of experience in creating seagoing vessels, and celebrates the very highest values of the world’s maritime traditions.

Roger was actively involved in the acquisition and then operation of the Italian yard, Baglietto, in the 1980s, and Green Bay Marine (Singapore) a decade later. At Baglietto he had the chance to work with a number of leading designers who were just at the beginning of their careers. Giovanni Zuccon, Francesco Paszkowski and the late Jon Bannenberg became some of the influential designers of recent years. Such experience fuelled his passion for both yachts and perfection, inspiring him to venture into construction of the highest quality superyachts.

It was Roger’s belief in the driving forces of innovation and quality – the keys to almost everything - that brought Kingship into vibrant life. Melding together the most efficient, precise and reliable Dutch and German engineering, top quality European and US marine equipment, and perfectionist Chinese craftsmanship, every Kingship yacht combines classic comfort and elegance with innovative ideas and technology. Roger's son Jeffrey had now joined Roger in the family business.

Kingship doesn’t stand still. A recent project to build and launch a 24m aluminium power catamaran on a lake in southern China demanded a good deal of lateral thinking, and proved to be a huge success. New on the drawing board is a stylish 40m catamaran superyacht driven by water jets, offering not only huge amounts of usable space, but also the speed and operational efficiency needed to open up the vast cruising ground that is Asia. It’s the kind of imagination and forward thinking that is a hallmark of Kingship Marine.

Kingship are presently working on the development of a diesel-electric power plant for superyachts that drives the vessel as well as charging a bank of high-capacity batteries that will allow the vessel to operate for 20 hrs per day without a generator – a huge saving in fuel and emissions, and a serendipitous increase in silence.